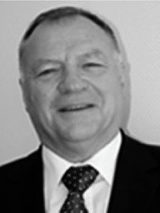 Rudolph practiced as an advocate at the Pretoria Bar from 1979 to 1989. Post 1989 he has concentrated on finding, acquiring and developing mineral exploration and mining projects in various African countries. He was a founding member of the Platmin group. During this period he focused on building Platmin into a credible platinum explorer and producer. His role was to engineer the acquisition of mineral projects. Before 2004 he supervised the entering into of more than 300 agreements with mineral rights holders (mostly farmers, but also other mining companies like Anglo American Platinum Corporation Limited, Rustenburg Minerals and Lonmin PLC). With the advent of the new MPRDA in May 2004, he supervised the conversion of Platmin’s rights to new order rights and the application of new order prospecting rights. He was  involved in the various fund raisings done by the group in the United Kingdom and North American markets. Listed on the TSX and AIM. He sold his Platmin interest in 2006 and co-founded the Sephaku group. During this period he established Sephaku’s flagship projects as well as the companies to which Sephaku is currently the BEE partner.

Page load link
We use cookies on our website to give you the most relevant experience by remembering your preferences and repeat visits. By clicking “Accept All”, you consent to the use of ALL the cookies. However, you may visit "Cookie Settings" to provide a controlled consent.
Cookie SettingsAccept All
Manage consent

This website uses cookies to improve your experience while you navigate through the website. Out of these, the cookies that are categorized as necessary are stored on your browser as they are essential for the working of basic functionalities of the website. We also use third-party cookies that help us analyze and understand how you use this website. These cookies will be stored in your browser only with your consent. You also have the option to opt-out of these cookies. But opting out of some of these cookies may affect your browsing experience.
Necessary Always Enabled
Necessary cookies are absolutely essential for the website to function properly. These cookies ensure basic functionalities and security features of the website, anonymously.
Functional
Functional cookies help to perform certain functionalities like sharing the content of the website on social media platforms, collect feedbacks, and other third-party features.
Performance
Performance cookies are used to understand and analyze the key performance indexes of the website which helps in delivering a better user experience for the visitors.
Analytics
Analytical cookies are used to understand how visitors interact with the website. These cookies help provide information on metrics the number of visitors, bounce rate, traffic source, etc.
Advertisement
Advertisement cookies are used to provide visitors with relevant ads and marketing campaigns. These cookies track visitors across websites and collect information to provide customized ads.
Others
Other uncategorized cookies are those that are being analyzed and have not been classified into a category as yet.
SAVE & ACCEPT
Go to Top